Dutch designer Cees Braakman was born in 1917, above the Pastoe factory in Utrecht. At the age of 17 he started working for Pastoe himself. After World War II, he went on a study trip to the US. Cees Braakman then became inspired by the work of Charles and Ray Eames and the Herman Miller Company. After his trip, Braakman started experimenting at Pastoe with techniques that he saw at Herman Miller, such as using bended plywood. In the early 50s, Braakman designed the birch series with loop legs (made of bended plywood) and later in the 50s Braakman designed a wire chair inspired by the Wire Chair (1951) by Charles and Ray Eames.

In the 50s and 60s, Cees Braakman emphasized on modular furniture. In 1955 Pastoe launched Braakman’s custom cabinets, where one could choose different types of wood and designs and assemble the cabinets themselves. In 1957 the Made-to-Measure furniture system won a medal at the Milan Triennale. In 1958 Braakman introduced the more formal, equally sleek U+N cabinet series.

Well-known designs by Cees Braakman are the Japanese series, in which black metal legs and sleek black plastic handles are combined with wood. Dining room chairs made of plywood and the beautiful Mobilo trolley (Model PE03) from 1953. The Mobilo by Cees Braakman is part of the collection of the Stedelijk Museum in Amsterdam.
Cees Braakman died in 1995, in Utrecht.

Check out our items by Cees Braakman: 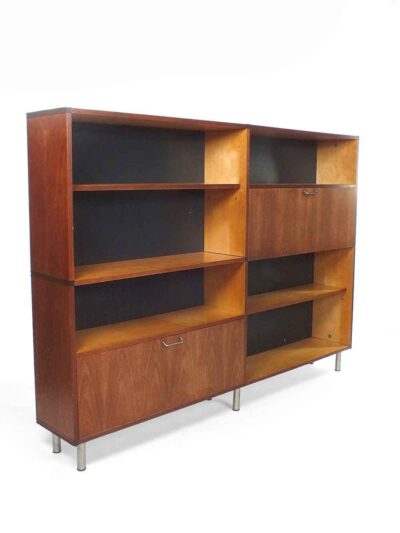 Article number 5775 Vintage Pastoe cabinet designed by Cees Braakman in 1955 for Pastoe. This design is part of the Made to Measure series and is made of teak. Characteristic for this Mid Century Modern series are the connections between … Continued 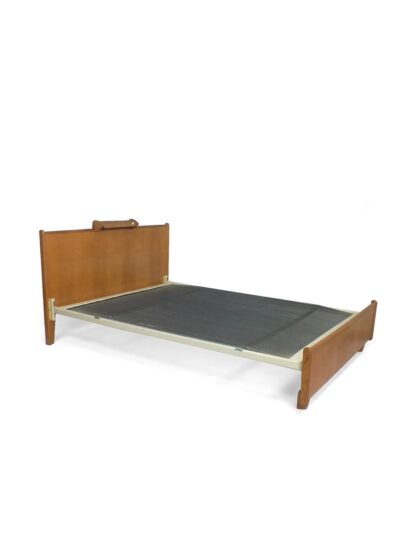 Article number 5656 Bed by Cees Braakman for Pastoe (the Netherlands). The bed is made of oak and oak veneer and has a beautiful lamp that you can place anywhere on the head board. This lamp is made of plywood. … Continued 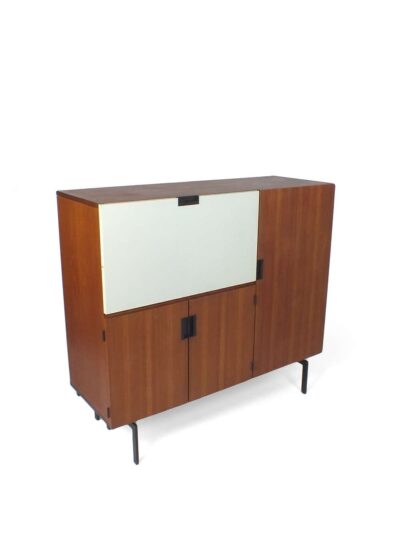 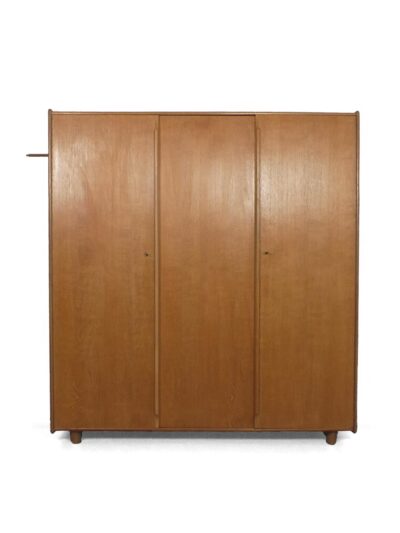 Article number 5656 Spacious wardrobe designed by Cees Braakman in the 50s for UMS Pastoe (the Netherlands). This design is part of the oak series from Braakman for Pastoe. Behind the left door is the hanging area. Behind the middle … Continued