Born in Paris in 1927, French designer Pierre Paulin studied at the École Camondoin Paris in the early 1950s.

During an international furniture show, organized by Kho Liang le, he made a big impression with a contemporary bucket armchair. Soon after the show, he becomes a freelance designer for Artifort. This relationship resulted in several iconic pieces, including his famous Orange Slice, Tulip, Ribbon Chair, Butterfly, Mushroom and Tongue.

Paulin was commissioned by Le Mobilier National to decorate the private apartments of President George Pompidou in the Palais de L’Elysee in 1970, and in 1983, to furnish the office of Francois Mitterand.

His pieces are in the permanent collections of multiple esteemed institutions, including the Museum of Modern Art in New York, Musée des Arts Décoratifs and Center George Pompidou in Paris, the National Gallery of Victoria in Melbourne, and the Museum of Applied Arts in Vienna.

Paulin died in 2009 in Montpelier, France.

See here some of our items by Pierre Paulin 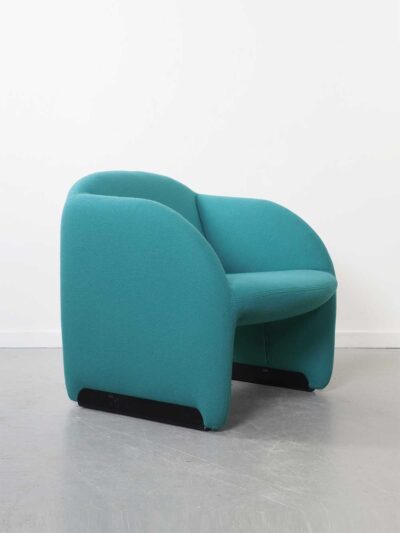 Article number 7073 Famous chair model Ben designed by Pierre Paulin for Artifort in the 80s. This chair has been professionally re-upholstered with the high quality fabric Tonus 4 by Kvadrat. This turquoise colored woolen fabric complets the 80s look … Continued 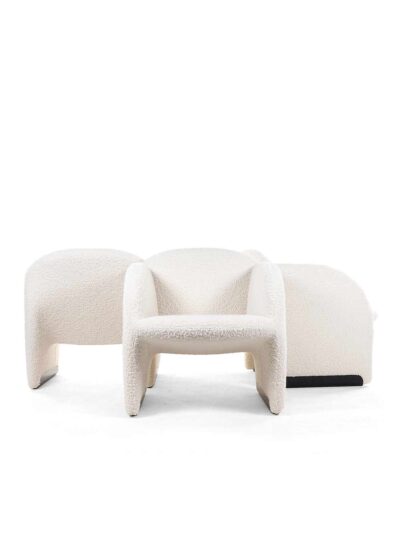 Article number 7051 Ben chair by Pierre Paulin, designed in 1991 for Artifort (the Netherlands). This very comfortable chair is supposed to be named after a favorite Artifort collegue. A very nice compliment! Just restored with lovely, off white, bouclé … Continued

Article number 7014 Pierre Paulin (France) designed the Concorde lounge chair on request of Air France for the waiting room of the First Class passengers of the Concorde airplain. Artifort produced this chair with the model number F780. This model … Continued 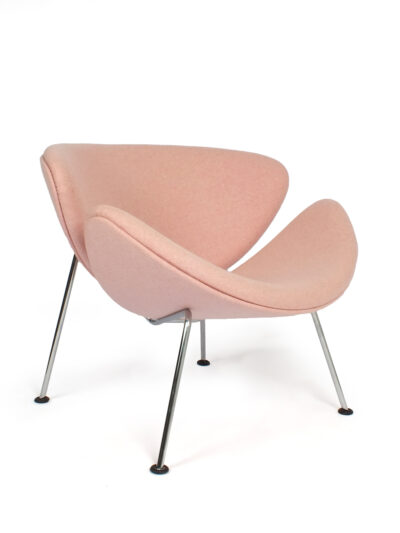 Article number 5714 Classic Dutch Mid Century Modern Design with a French twist: the Orange Slice F437 was designed by Pierre Paulin in 1960 for Artifort (The Netherlands). This chair is a feast for the eyes and very comfortable to … Continued

Article number 5432 The Tulip swivel armchair F545 is designed by Pierre Paulin (France) for Artifort (the Netherlands) in 1965. This chair has a round base of polished stainless steel. The chair has been professionally re-upholstered with an off-white woolen … Continued 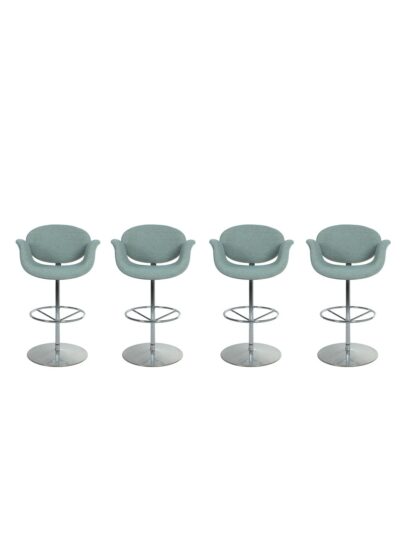 Article number 5627 The Little Tulip barstool is designed by Pierre Paulin (France) for Artifort (the Netherlands). It’s form is cheerful, playful en elegant. These heigh barstools are professionally re-upholstered with a beautiful woven fabric by Camira and they are … Continued