Swedish designer Yngve Ekström was completely self-taught. In 1944 he founded the successful furniture factory ESE-mobler, which later became Swedese AB. His breakthrough came in 1953 when his furniture was exhibited in the leading department store stockholm Nordiska Komaniek.

Swedese’s furniture is shipped disassembled from the start and assembled by customers. All that was required was a hexagonal Allen key. So this idea was there long before Ikea made it its trademark.

Ekström’s most famous design is the Lamino chair from 1956. An elegant light chair, originally upholstered in sheepskin. The Lamino was voted Swedish furniture of the century by the readers of the Swedish magazine Sköna Hem (Beautiful House). Other well-known designs are the Ruster chairs for Pastoe, Arka chair for Stolfabrik and a series of teak trolleys.

Ekstrom’s designs can be seen in the permanent collection of Victoria & Albert Museum in London, Nationalmuseum in Stockholm, and the Stedelijkmuseum in Amsterdam.

Ekström together with designers such as Alvar Aalto, Arne Jacobsen and poul Kjaerholm played an important role in the vintage style “Scandinavian modern”. 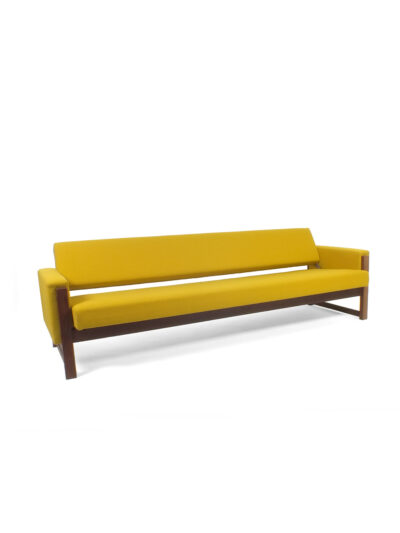 Article number 5756 Three-seater sofa bed model MX 01, designed in the 60s by the Swedish designer Yngve Ekstrom for Pastoe (the Netherlands). This sofa has a teak frame, two armrests, a seat and a backrest. By pulling the seat … Continued 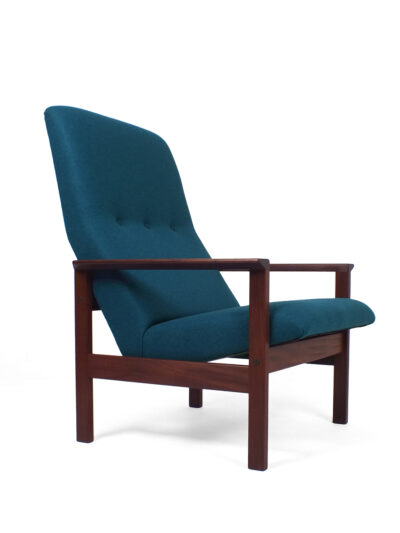 Article number 5331 Yngve Ekström (Sweden) designed this armchair FU06 for Pastoe (the Netherlands). This armchair has been professionally restored, provided with new foam and re-upholstered with a beautiful petrol-colored woolen felt that matches the teak wood frame. Dimensions 70 … Continued

Article number 5327 Three seater sofa, model MX 01, designed in the 60s by Yngve Ekstrom (Sweden) for Pastoe (The Netherlands). It features a teak wooden frame and it is professionally restored with new foam and a woollen fabric: Kvadrat … Continued