Fun fact: In the 50s, designers such as Mategot, Reijenga and Dekker became very successful in developing small, affordable metal furniture such as the Pocket Series. These designers used – at the time – modern, innovative production and design methods. The colors used were previously found in work by Rietveld and Eames. The Pocket series is a fine example of successful and well-known Dutch Mid Century Modern design. 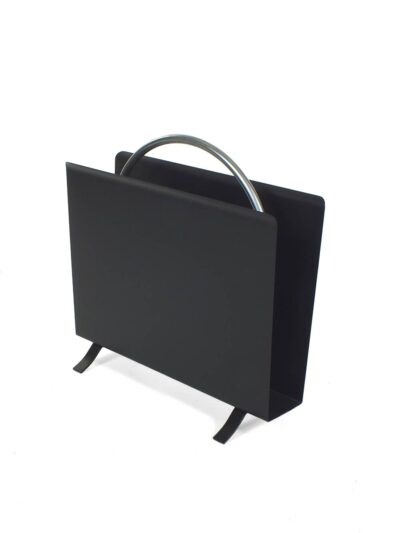 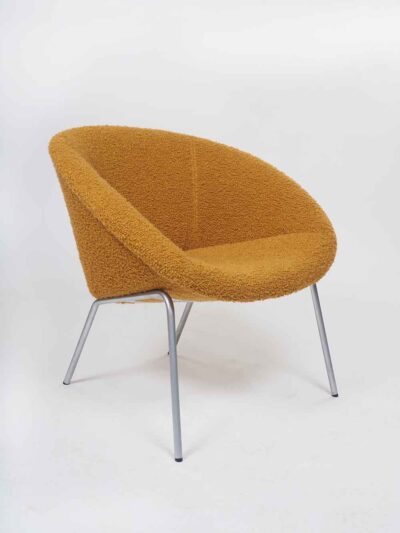 Article number 5912 Cute and comfortable armchair – model 369 – designed for Walter Knoll in 1956. This elegant chair has been reupholstered with a rich, coarse ocher colored bouclé furniture fabric. The armchair has chromen legs and plastic caps. … Continued 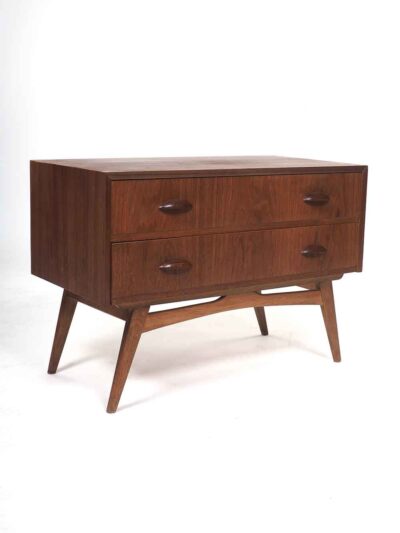 Article number 5919 Charming 50s teak chest of drawers, with slanted tapered legs and two wide drawers with attractive handles. A table that is ideal for the television, but also as a low cupboard in the hall. Picture perfect in … Continued

Wooden chair in style of Tapiovaara

Article number 6058 60s dining chair with black legs and black bars and a teak wooden seat. These kind of dining chairs were made in many variants and by different furniture factories. Like Cees Braakman for Pastoe and Tapiovaara. Dimensions … Continued