Article number 7175
Hein Salomonson designed in the 50s a lovely, roomy, white, round dining table for AP Originals (the Netherlands). This rare round dining table has a Formica white surface, a solid black metal tripod base, and a black plastic rim all around. For a small fee the height of this table can be raised a few cm.
Lovely Dutch Design. Mid Century Moden. There is space for six chairs around this roomy table.

Hein Salomonson, a designer, wrote about contemporary living in the Netherlands during the years of rebuilding for the magazine Goed Wonen. Salomonson also contributed to Het Nieuwe Bouwen, the Dutch part of the International School of Modernism. Le Corbusier and Gerrit Rietveld, among other modernist architects, served as inspiration for him. 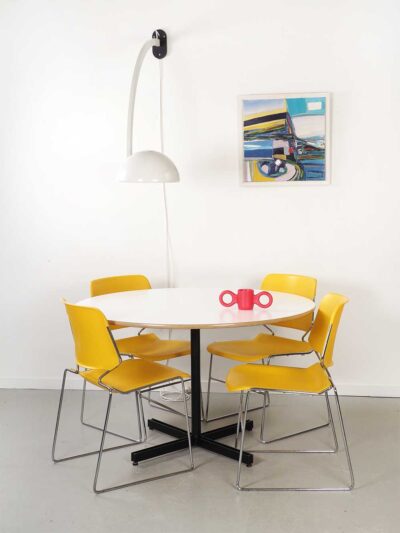 Article number 7226 Enhance the style and functionality of your dining space with this vintage white round dining table featuring a stabel black metal leg and four cross formed feet. This versatile piece is the perfect choice for both contemporary … Continued 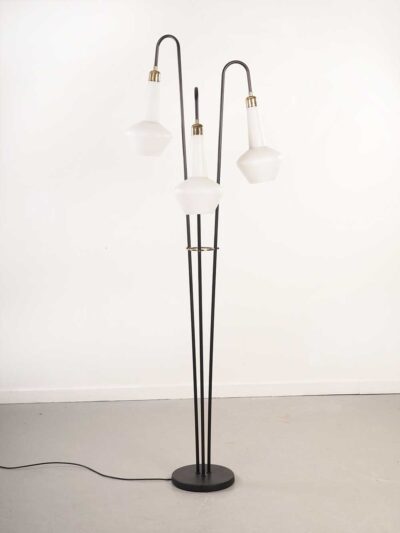 Article number 7008 A beautiful turquoise and dark blue colored vase, model 261 by Scheurich West Germany. The decor is called Prisma. The height of this West Germany vase is 42 cm. A true eyecatcher in the room, with or … Continued 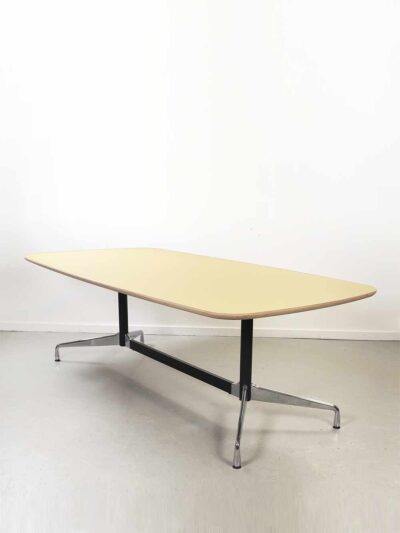 Article number 7232 Large Eames table designed in the 60s by Charles and Ray Eames and produced by Vitra. This table has the well known base with chromed legs and a light yellow high pressure laminate top on wood. Mind … Continued