Article number 7123
Two sets of Cirkel chairs that have been expertly reupholstered. The Cirkel chair was designed in the 80s by Karel Boonzaaijer and Pierre Mazairac for the Dutch manufacturer Metaform. High-end Camira felt is the material that is being used to reupholster them. The colors match the playful, happy style of the 80s!

The price is per set of four different colored Cirkel chairs. We have two sets of four Cirkel chairs, each with a yellow, a pink, a green and a blue chair. 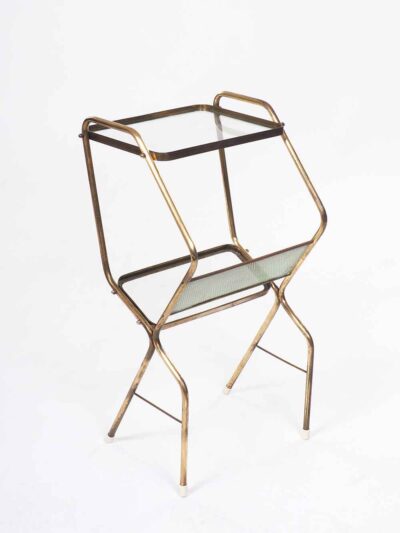 Article number 5782 Special 50s side table made of glass and brass. Transparent in design with special curved brass shapes and glass plates. This table is easy to pick up and move. Dimensions 33 x 33 x 64 cm (lxdxh) … Continued 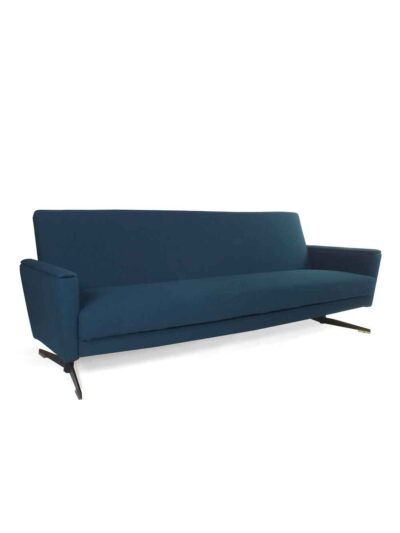 Article number 172 Completely renovated 60s sofa bed. This vintage daybed, with chrome legs, is professionally upholstered with a rich, woolen, petrol-coloured high quality fabric with structure from Camira. The sofa can easily be transformed into a spacious single bed. … Continued 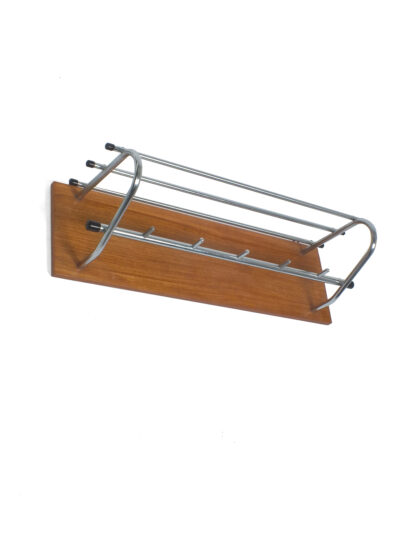 Article number 6051 This coat rack from the 60s has a teak veneer wall plate and a shelf for scarves and hads made of three chromium tubes. The tubes are finished with black plastic. This coat rack has five hooks. … Continued 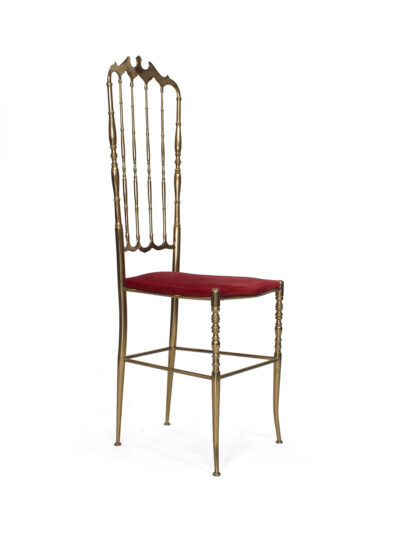 Article number 5749f Vintage Chiavari chair with high backrest and a red velvet seat. This is an elegant, festive chair with history, based on the Empire style and also called Chiavarina. Italian design that has been popular ever since the … Continued